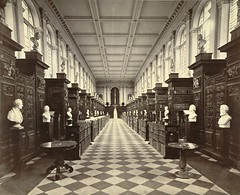 Laying shower tile would be no more difficult than laying floor tile if not for one part of the project. It’s the shower pan that makes this a job often left to the pros. But the funny thing is, some so-called pros get it wrong too. Here are the key parts of a traditional tile shower pan.

Key to a tile shower that works properly is the shower pan, which really isn’t a pan. It’s more like a pool, but the key parts are hidden. The key parts are buried in the floor. That “pan” is more like an underground pool, you see. And proper pan function is about more than getting water to the drain and not letting it damage the adjoining areas. It is also about preventing the shower base from turning into a wet, moldy mess too.

See, the water that makes it into the floor actually gets stopped by a vinyl sheet that is sandwiched between two layers of mortar. That liner membrane layer stops the water within the floor that you don’t even realize is there. That’s the water that unseen can wreck all the area surrounding the shower if it gets past the liner. The bottom layer of mortar really functions just as a sloped base to hold the liner membrane in the right place. Why sloped?

That’s to move the water that makes it to the liner right down hill to the other tricky key to a properly working shower floor. That is the drain itself and it too is more than meets the eye. That’s because the drain hole you see in the floor is only one of two drain locations. That’s why a tile shower drain is more than just a regular drain. It’s a key to proper shower function. Without it you have a guaranteed mess on your hands. With it the water can all end up right where it should be.

The other drain layer, again, hides in the floor. That lower level drain catches the water from the liner and routes it down and away, protecting the areas around your shower from water and damage.

Laying shower tile would be a breeze if not for getting the liner in place and working properly. A liner membrane is a must for a traditional mortar shower pan. Tile ready shower pans exist too and that is another good option for a do it yourself shower pan. Problem is, these pans cost as much sometimes as a completed shower built from mortar. Make sure whoever builds your shower knows what they are doing or you could face real problems in the future.

Get a free online step-by-step explanation of shower pan installation on our tile website.

Al Bullington invites you to visit http://InstallingCeramicTile.net for answers to your tile questions.